Return to Mateguas Island, A Tale of Supernatural Suspense

A young woman, searching for answers ….

A man, trying desperately to remember what he has forgotten ….

"This is a quick-paced story portraying a wide range of human emotions, deadly supernatural forces and ancient Native American beliefs that may help the characters survive the ordeal in store. It explores the depths of love and loss, dedication and defiance, innocence and desire - all in spite of the threat of losing everything. This is supernatural fiction at its best with a hint of coming-of-age enlightenment to appeal to younger readers as well as readers of all ages." ~ Melinda Hills for Readers' Favorite

"The real power in Return To Mateguas Island lies not so much in its inclusion of supernatural rituals as in its exploration of simmering emotions that lay just under the surface...Thus, its power and strength are most evident in its explorations of interpersonal relationships...the supernatural force described serves as a catalyst for events; not the end-all of these explorations. And it's the centrifuge of a whirlwind of emotional forces that swirl around all involved in the backdrop that is Mategaus Island and its mystical heritage ... the compelling draw of the island and its mysteries create suitable devices for a novel that excels in emotional interconnections with a dash of supernatural suspense added in for good measure." ~ D. Donovan, eBook Reviewer, Midwest Book Review 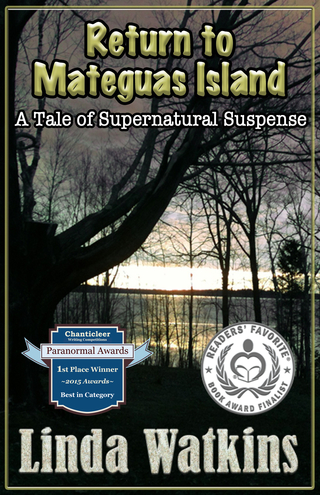