The Witches of Storm Island, Book I: The Turning Now Available for Pre-Order on Amazon! 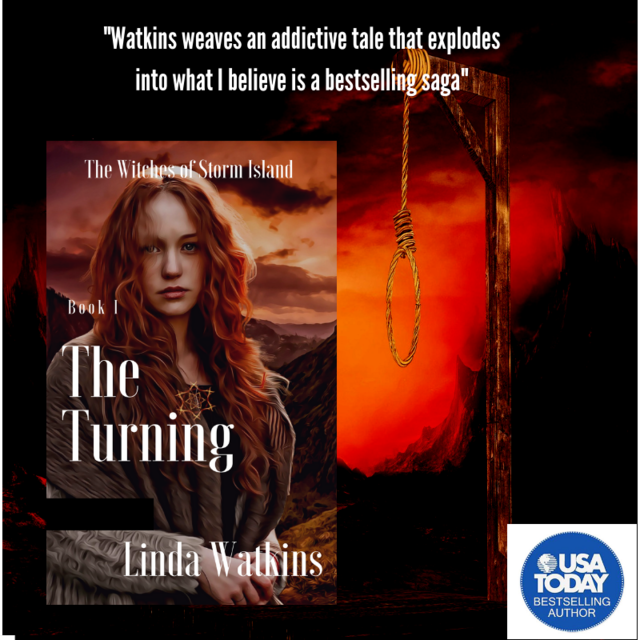 From USA Today bestselling author, Linda Watkins, comes a new series set in the late 1600s around the time of the Salem Witch Trials. The Turning is the first installment in this series and it serves as a prequel to the modern-day Kate Pomeroy Mysteries, the first of which is entitled, Storm Island.

It is the Year of Our Lord 1685 and fourteen-year-old Maude Prichard finds herself at a crossroads in life. A chance meeting with a strange woman, who never ages, sets the young Puritan maid on a path littered with fear, superstition, and witchcraft. A boy whose love is forbidden and an old man, drenched in darkness and depravity, will catapult Maude out of her well-ordered world into a life fraught with danger.

Travel with her as she journeys from the Massachusetts Bay Colony to the wilds of Maine where she must decide whether or not to take her place among The Witches of Storm Island!

The Turning is on sale during this pre-order period for only 99cents. Once published on January 23, 2019 (the author's birthday), the price will increase to $2.99. To pre-order your copy, please click on the picture above. 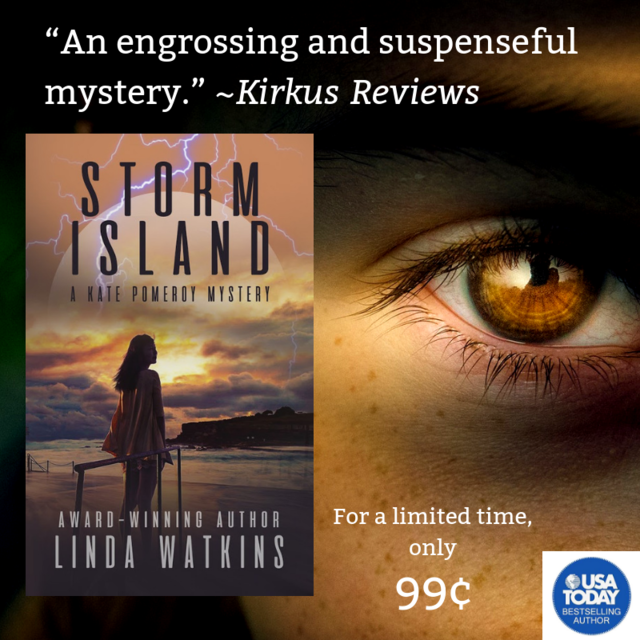 
In Watkins' (Sarah and Zoey, 2017, etc.) mystery-series starter, a young doctor is haunted by hallucinations and anxieties regarding her mother's death.

When Kate Pomeroy, a second-year surgical resident at a Los Angeles hospital, wakes from a nap before a scheduled procedure, she overhears a conspiratorial conversation between assistant chief of psychiatry Dr. James Conway and an unknown man about an apparently illicit exchange of money. Kate thinks that it's probably just a common bribe by a pharmaceutical rep, and heads into surgery. However, as she's about to start the procedure, she's waylaid by some kind of nervous breakdown and collapses into a mental fog. She's committed to the psychiatric unit, where she experiences hallucinations as Conway illegally treats with her experimental drugs. After Conway's subterfuge is uncovered, Kate's father, Hamilton, sends her to Storm Island, where the family vacationed as a child, to recover. However, she's still plagued by dark visions—including some involving her mother, Cassandra, who died on the island, an apparent suicide, when Kate was young. Kate then discovers several of her mom's old journals, but the last, recording the year of her death, is missing. The young woman becomes determined to find out what happened to it, and in the midst of her investigations, she realizes much of what she thought she knew about her mother was false. Throughout this mystery story, Watkins artfully captures the distinction between reality and fantasy. Indeed, her depictions of Kate's hallucinations are terrifying, and it's often deliciously unclear whether the protagonist is experiencing a mental mirage or a clearheaded epiphany. The author builds the suspense in a cautious manner, meting out just enough information to keep the tale moving forward, but not so much as to lessen the gripping drama of the story. That said, the plot is a touch convoluted, overall, but one can't help but be impressed with the aplomb with which Watkins weaves all the errant threads into a single narrative tapestry.

An engrossing and suspenseful mystery. 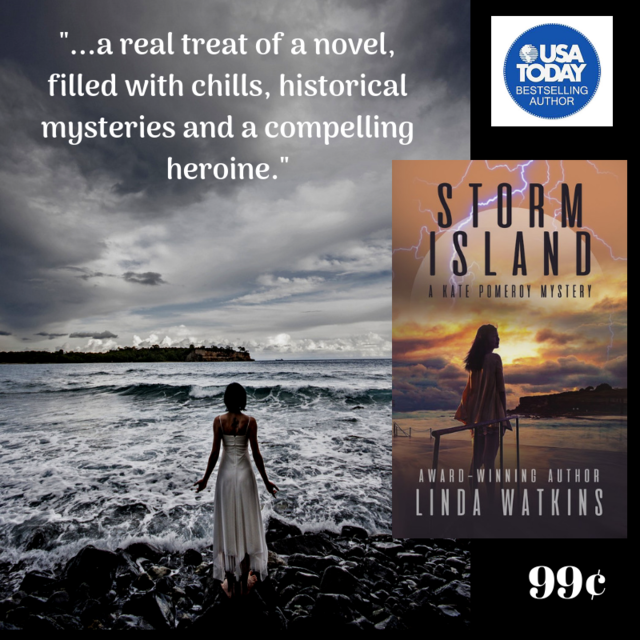 Once upon a time, Kate Pomeroy found her mother hanging from a ceiling fan in her aunt's grand old mansion on Storm Island. Now, nineteen years later, Kate is a second-year-resident in surgery, enjoying an affair with a powerful older man, and looking forward to carrying on the family medical tradition. However, her plans are disrupted when she overhears a strange conversation at the hospital and, shortly after, suffers a mental breakdown while in surgery.

Sent to recuperate on Storm Island under the physiological advice of her aunt, Kate is forced to face more than her new medical situation. Strange things are happening on Storm Island and even an unexpected romance with islander Jeremy Bradshaw cannot distract her from the suspicion that her mother's death was not suicide. Soon it becomes clear that someone wants Kate out of the way – but who will believe a woman on the edge of sanity?

Author Linda Watkins crafts a fast moving, engaging plot, filled with twists and turns. Kate Pomeroy is a determined young woman caught in a frightening situation, yet the narration is good-natured and an enjoyable read. Blending history with a touch of magic, "Storm Island" is full of intrigue and mystery, with hints of future stories to come. The side characters, including the love interest Jeremy, are a little one-dimensional and the romance progressed too quickly for the reader to fully invest in it. Nevertheless, this is a fun mystery that hints at a broader world to explore in the coming series. 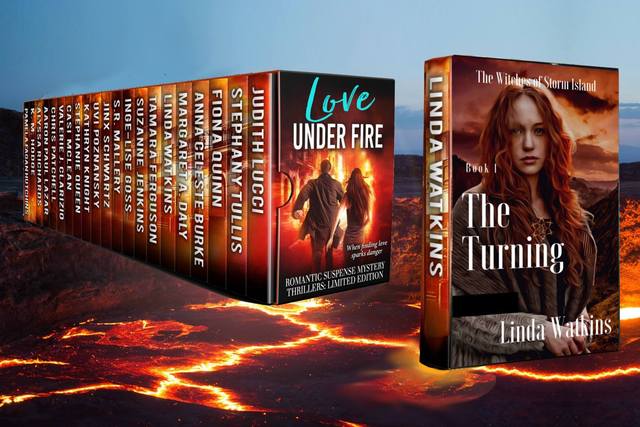 Love Under Fire, a multi-author box set of romantic suspense, was number 44 on last week's USA Today's Bestseller List! I'm especially proud of this since I am one of the 21 bestselling, award-winning authors represented in the set. My story, The Witches of Storm Island: Book I, The Turning, is set in the late 1600s and serves as a prequel to my new release, Storm Island, A Kate Pomeroy Mystery.

The Turnng will remain in this limited edition boxset through the end of its run, expected to be January 31, 2019. After that, The Turning will be published as an independent novella and the first of a planned series. 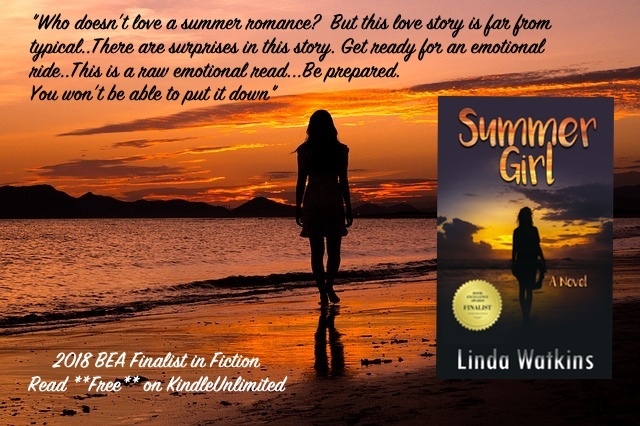 In the past few days, Summer Girl, A Novel has garnered three new five star reviews! Total reviews on Amazon now equall 22, with an overall 4.9 average rating! The following are excerpts from the 3 new reviews.

"A not to be missed novel of love, life, and so much more...The relationship begins as an innocent first love but readers quickly realize there is much more to the story. Told and retold from 2 different perspectives, the reader is immersed in a story that is so wonderfully written it is no surprise that the author has a long list of awards..Fans of novels that delve into difficult subjects and explore the human spirit from despair to hope, from love to loss and back again will love this tale. Simple romance this isn't. Compelling fiction this absolutely is. Tough subjects are handled vividly and with a true understanding of the consequences of child abuse. The author is an award winning novelist for a reason."

"Summer Girl is a refreshing addition to the stories of young love and the awakening of body, spirit and mind. There is a synchronicity between the writing style and the content: simple, pure, innocent. The author creates a mood with her descriptions of characters and environment. A well-rounded presence of applicable events that reinforces the theme of the story...A very well-written book by a born storyteller."

"Summer Girl by Linda Watkins is not your typical summer love story. We all know summer love, boy and girl meet and spend every moment together during the summer. Summer ends and boy and girl go their separate ways never to see or hear from each other again. But that is not Andi and Jake's story, not even close...The book is so much more than a summer love story, it touches on hard subjects like sexual abuse and coming of age trials…things you don't expect to be in a light reading book. But all together it was a good read with a happy ending. I'd like to read more from Linda Watkins."

To read all 22 reviews of Summer Girl, please visit  https://www.amazon.com/dp/B07H6NPMXL 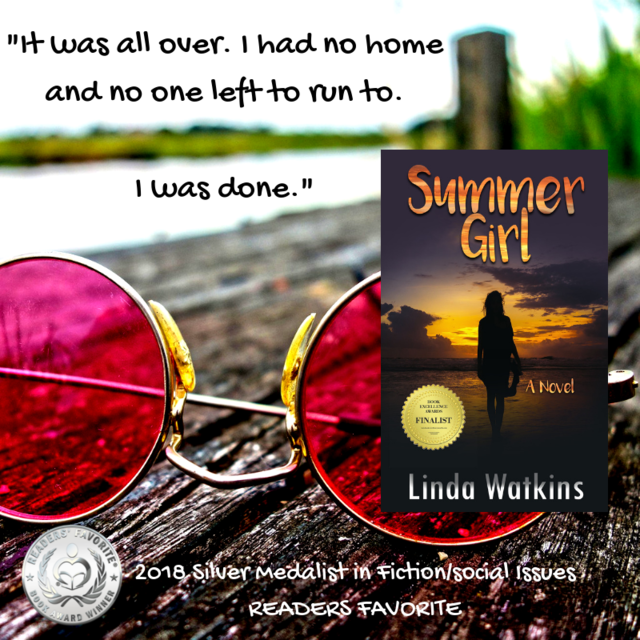 Summer Girl by Linda Watkins is a poignant coming of age novel that asks whether it's possible to forget one's first love.

It's the summer of sixty-five and sixteen-year-old islander Jake Chambers meets the ferry bringing the newest crop of summer people to Cutter Island. Fifteen-year-old Andrea (Andi) Martin is unlike the other summer girls and immediately captures Jake's attention. Over the Fourth of July lobster bake, they become fast friends and soon their friendship blossoms into first love. It seems like they're destined to be together – until one fateful night, a lapse in better judgment leads to tragic consequences…

Watkins has written a multifaceted story that plays out beautifully. Set on picturesque Cutter Island, Maine, the author's descriptions are so visceral that one can almost smell the intoxicating aromas of an island lobster bake. However, the story is far more than just memories of an era gone by. Jake and Andi are a contemporary Romeo and Juliet, reminding us how wonderful first love can truly be, but with the same degree of tragedy, exposing the ugliness of sexual abuse, cutting, and suicide.

An emotional and evocative novel, Summer Girl provides a youthful love story that is at once nostalgic and modern. ~Self-Publishing Review 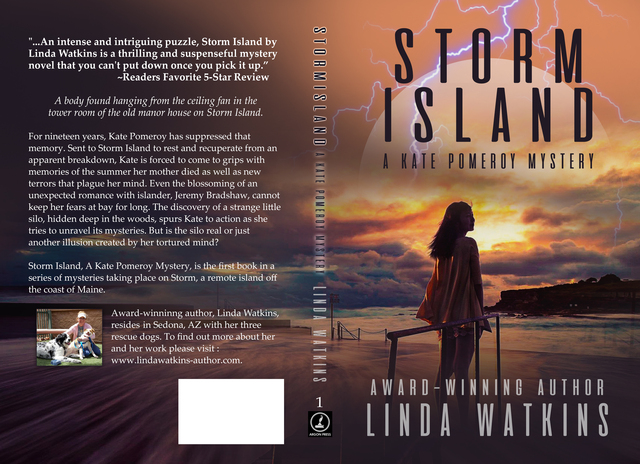 I have just finalized the cover of the paperback of my new Gothic mystery, STORM ISLAND: A KATE POMEROY MYSTERY and wanted to share it here! The novel is set for publication on November 26, 2018. The eBook version is currently on pre-order on Amazon for only 99cents, https://www.amazon.com/dp/B07H7VQ9JV.

I'd love to hear what you think about this amazing cover! 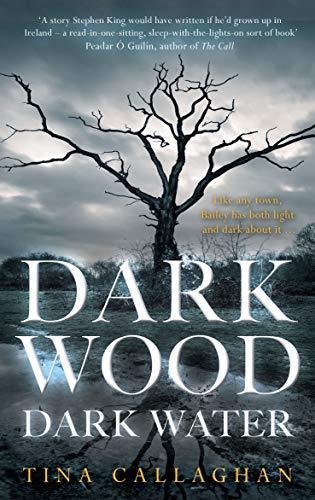 Something is wrong in the town of Bailey – people are dying – and three teenagers will have to face a dark and evil nemesis emerging from the town's past. Our three reluctant heroes know the agony of loss:

These three young people must come together and put aside their teen angst and jealousies to fight an evil that they will find is deeply rooted in the town and its river.

Tina Callaghan's dark portrait of the town of Bailey is a riveting read. The characters are fully fleshed and identifiable and, therefore, easy to invest in. The dark and dreadful history of the town is well documented as Callaghan weaves together the past and the present.

I thoroughly enjoyed this novel. It was fast-paced and hard to put down. An excellent read for young adults and adults who enjoy dark fiction and fantasy. 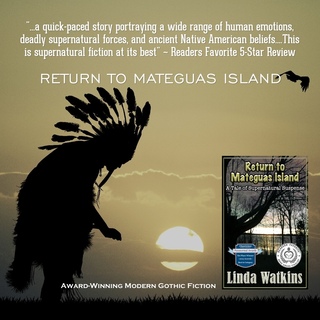